MK Returns To Techno At Movement 2009 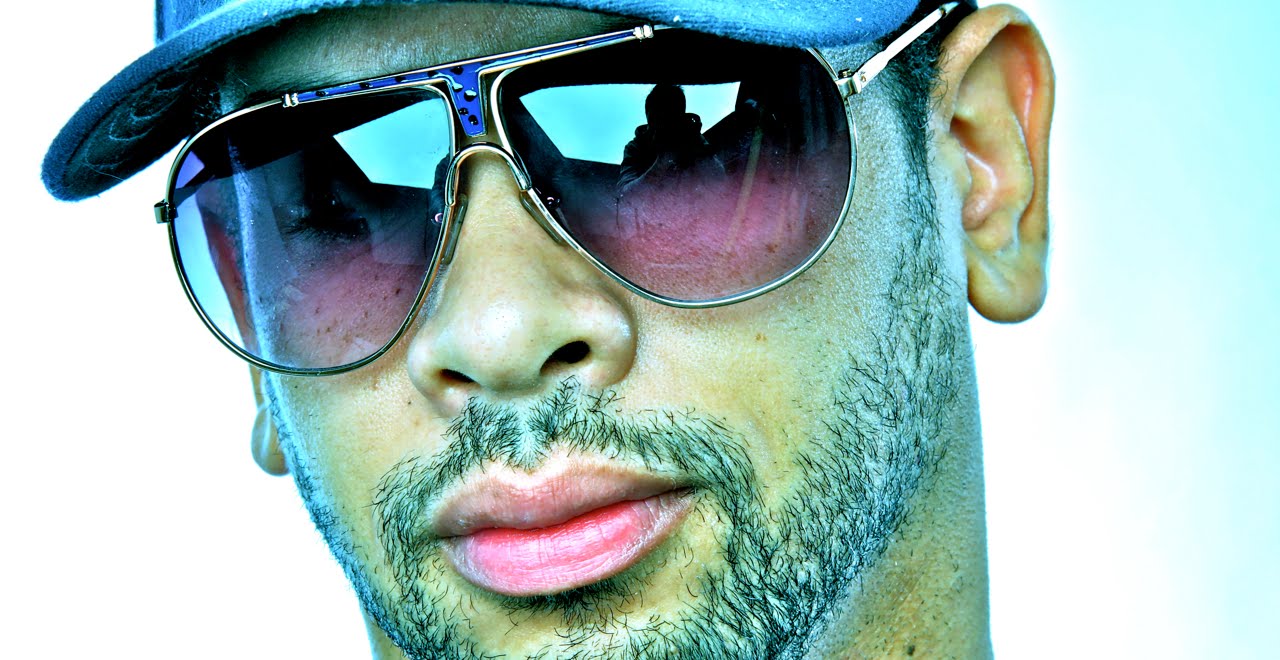 MK, born Marc Kinchen, is one of our heroes. Born in Detroit, but later embracing elements of the New York garage sound, he’s one of the true innovators of the dub dance mix, a style made most famous on his “Dub Of Doom” mix of Nightcrawlers’ “Push The Feeling”.Â  Fast forward to the present and with the near death of major label pop remixes the true dub mix has become a lost art. So, what better time for a return of the King Of The Dub and what better place than at Detroit Electronic Music Festival (Movement 2009) where he will be premiering his new 4 turntable plus sampler set with his brother Scotti Deep. I had the honor of catching up with the man himself from his L.A. digs as he prepares for his upcoming return to dance music.

Howâ€™d you get involved with techno?
Basically, I started in Detroit when I was 16. I had started doing music when I was in 8th grade and then I met a guy named Terrence Parker through a friend of mine and he did techno music. I didnâ€™t know about techno music then, but he saw I had gear and heâ€™s like â€œyou wanna make a record togetherâ€. So we made our first release as Separate Minds and it came out on a little independent label called Express Records and got a pretty good buzz. When that came out Kevin Saunderson heard it and got in touch with me to license the song for [his label] KMS.

Thatâ€™s so funny, I just got a copy of that compilation the other day.
Yeah, that was big for us, but most important, thatâ€™s when I met Kevin and from that point I became Kevin’s protÃ©gÃ©.

What did you use to make those legendary basslines?
I always sequenced on computers. I think I was using an Atari ST. Then I had a 909 and a sampler and for synths I would just use what Kevin had. He had like every synth in his studio, but always I tried to stay simple, I just winged it with like one or two synth parts. But, alot of my bass sounds were samples. I would sample a bass sound that then assign it to a keyboard. Iâ€™ve never really been like stuck to one type of synth or a couple types of synths. Other then bass, sampling was really just for vocals, but I probably used the same bass sample for about 5 years.

For me your dubs are the most influential, but you also had a bunch of hit vocal tracks, what differs in your approach to a vocal vs. a dub?
Iâ€™ve always thought I had a good ear for vocals, but sometimes on some of the dance stuff the vocals were hard to work with. Most of the time if I had a vocal track that I didnâ€™t like the vocals too, thatâ€™s when I would do a dub. As far as when Iâ€™m doing [original] vocals, it depends on the type of sound Iâ€™m looking for. The MK with Alana stuff like Burning was more a strategic approach. Now, vocally, when I approach something I go on a vibe, but now a days I use better singers.

Whatâ€™s the dude saying on the Nightcrawlers jam?
Uh-and-a-night-again-uh-and-a-night-so-pull-it. But seriously, I got commissioned to do a mix [of that song], I did the mix, and they didnâ€™t like it. I was living in New York and my manger called me and said they didnâ€™t like it, but I was about to go catch a flight to Detroit. At that time one of my speakers was blown and my [mixing] board was on the floor, not even set up. My studio was a mess. I was kinda mad that they didnâ€™t like it, so I did [a new] one real quick, in like 30 minutes. I didnâ€™t like the vocals so I just cut it up. Everything I did was a first pass, from the horns to the keys to the sample. Plus, I was working out of only one speaker. I just did the mix sent it to my manager and I was out. I get back to New York a week later and I listened to the mix and I got goose bumps. Then I played it for my brother [Scotti Deep] and he was like damn.

Wow, 30 minutes, for one of the biggest dance songs of all time? Crazy!
I try to take that approach when I do dance stuff. I donâ€™t put alot of thought in to my dance stuff. Itâ€™s more just a feeling, so I just go for it and hopefully it ends up working for whatever reason.

Whyâ€™d you step away from dance music?
I was doing a mix a week for like 15-20 grand so money wasnâ€™t the issue. The issue became, am I just gunna remix my whole life? Cause at the time remixing was a relatively new thing and so was producing, I didnâ€™t know about the longevity, so I was like I need to do original production. You hear about producers and artist that are living off of royalties later on in life. I kinda just stopped doing remixes and I went into production. I hooked up with Quincy Jones and that led to working with 702, Snoop, SWV, Jay-Z, E-40 and everybody else.

So why the return to dance music?
That was fine and [dance music] was in the beginning stages of dying down anyway. [Today] with the way the industry is right now, itâ€™s not good right now. I feel like if your gunna do it now, just do it for the art. So it felt like a good time to get back into it. What Iâ€™m doing is trying to do some stuff a little different, Iâ€™m going to put out a new MK record vinyl only, no digital.

Whenâ€™s it coming out? What does it sound like?
It will be done before Detroit and will probably be out in June. One of the tracks is called â€œDance With Meâ€. [The sound] is kind of a return to before. Iâ€™ve been doing stuff over the last year to see what style works for me. My old sound still works, with a little harder drums but still the dub stuff. I like the dub sound of vocal pieces. Iâ€™m also gunna be DJing more over the next year or two. My brother [Scotti Deep] and I are gunna start touring around.

Youâ€™re gunna be playing with Scotti at Movement. Whatâ€™s that gunna sound like? Is this the world premier?
Well, it’s a 4 turntable thing plus a sampler so I can do like dubs on the fly kinda thing. Almost like a live meets DJ thing. We DJed together like tag-team in London a couple months back, but Detroit is the permier of the keyboard and 4 deck thing.

What other new sounds are you into?
Itâ€™s the same as itâ€™s always been for me. I never listen to anything by name. Maybe, just Masters At Work and Todd [Terry] back in the day. I wont even ask the name of it, I just listen and â€œyeah its dopeâ€. Iâ€™ve also always really liked Mike Dunn.

For more on Movement 2009 check out their myspace and blog.